I swim the depths of the internet as a BLACKFISH to be free as who I am.

While this post is second in line to my earlier BLACKFISH post it is in-fact a prologue to it, this post represents a contradictory description than my prior post of why I choose BLACKFISH as a tagline.

It’s delves into the 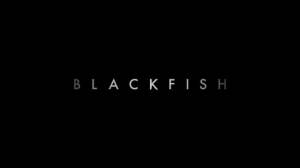 undercurrent of social injustice.  As a bondage expressionist, the risk for social injustice in the form of social shaming is high.  The risk of being outed, being identified as an outsider from the norm, i.e., claimed by birth-name by another and deridingly wronged as a deviant is a real possibility.

The feeling that roils my gut is what I fear and fear I hate; fear of persons for reasons that they do not understand or find in their mind righteous atonement, the need to damage or destroy my vanilla life’s reputation in the form of imposing a self-directed judicial sentence for social correction.  In other words, just because they disagree or like wrecking havoc in favor or social correctness, they decide to out someone and generate a wave of social shamming.

Therefore the choice for BLACKFISH is that I fight this fear by associating to an Apex animal that swims, fast and deep, in an ocean without limits except the land the bounds it and gravity that holds it down.  I swim the depths of the internet as a BLACKFISH to be free who I am, a transgendered bondage enthusiast.

The Great Purge, last October 2014, was in response to this very fear of being outed and socially shammed, and is of personal long lasting regret.  Naturally, my defensive posture is to gravitate towards being the opposite.

To the point…I am not going away-ever and I am not hiding from who I am-ever. Social injustice may come one day, so be it. My constitutional rights will not be governed by fear. If someone disagrees, its their choice, yet not right to change me.

Therefore friends, I surge on into the depths of the internet as Delilah Knotty – BLACKFISH…which in it’s shear vastness hides the very obvious.  While Google is a powerful engine it’s weakness is in its precision.  Search the internet incorrectly and one will never go noticed, that is to say… you’ll be on page 10 of Googles search. And who looks there?