After this occurring “life-changing” event, Fucking NOW, I thought I’d circle back on this, my concussion in 2014.  After all in retrospect, I suspect this actually played a role in my downing.  On the other hand, the TBI (traumatic brain injury) I suffered also prepared me for this, Divorce.  Strange bedfellow really, as my TBI both set a stage for my misery and failure, and yet set a foundation for me to stand on as I endure.

In 2014 I suffered a TBI.  Specifically, while inspecting a foundation for a seawall in Malibu, yes I rock as a Geologist, in front of the Getty, yes Getty, I was hit by a small cobble about the size of a bed pillow, acceleration to the constant of our planet’s gravity from about 2 meters above me.  The rock hit me in my head.  Luckily I was wearing my MAN-gear, yes she says I am not man enough..(too much Delilah…) I was wearing a hard hat.  The blow forever changed the course of my life, such as I sit alone in my living floor…typing this shit, I have no fucking couch.

The blow was instanteous as I recall. I remember just a thud.  I was inside a deep trench as two laborers cleaned the bottom for a concrete footing pour.  It was hard work for them, hard on me because a contractor screamed at me to make it happen. But the fucking Pacific Ocean.  What a bitch the Pacific Ocean, unrelenting, high tide was coming at 1 PM, ocean rising, it was 930 AM, and so with it sand and seawater.  God damit….Time was money. We worked to cleaned the bottom of the seawall footing for a good pour.

The rock hit me. Thud. 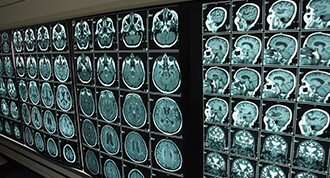 It took 2 years to recover. I suffered a conussion.  I also got the dreaded Post Conciussion Syndrome. A fucking diagnosis after an MRI that is useless from a neurologist.  Sueffering is all they say  I had to endure, and my family and wife as well.  I drifted away in it.  I completed my project by God.  In retrospect maybe I should have let go of my job, but I thought I should stay the course. I did.  I am a geologist of record on a seawall…Now look at me! Alone.  Don’t make my mistake. Hubris is a SIN.

I had a relapse in early 2016…vertigo..it was pretty bad last April….last winter into Spring.  A year ago….I was distant and mad.  Quiet….and mute.  You can see how I see this as a point of mentioning in my Divorce. It set a stage for me.

The TBI and Post Concussion Syndrome affected everything.  My last victim to my seawall rock hit was MY marriage.  At least not my children – God Dammit.   Yes, cursing make me feels good.

I’m setting a stage…wait until I talk about the SCENE.